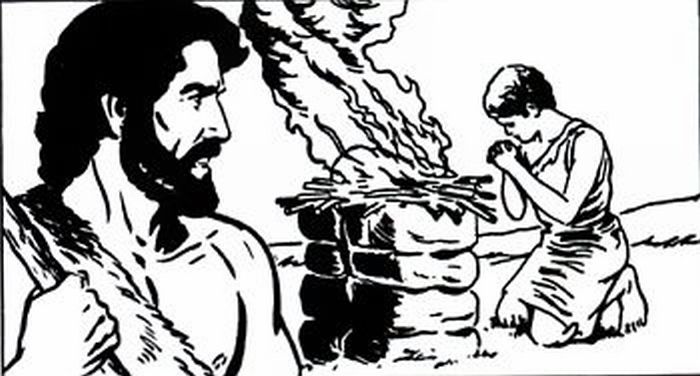 The basic foundation principle of every false religion is self-salvation, self-righteousness!

There are basically only two kinds of religions in the World: The religion of God--which is a religion of faith and grace--and all the false religions which are religions of self-works, self-righteousness and self-salvation!

Cain was the first false religionist. He decided he would sacrifice whatever he wanted instead of what God had asked. He would set his own standards and that would be his religion. But Cain's sacrifice, the fruits of his own labours, his own righteousness, displeased God and was rejected.--And Cain rose up and killed his own brother in a jealous, envious rage because his brother's simple, humble and obedient sacrifice was accepted. (Gen.4:1-8)

Today there are many people who try to worship God and be religious and holy and have some form of religious worship, but not the way God has asked. The only sacrifice that He accepts now is the blood of Jesus Christ.--And only trusting Jesus for salvation can save us!