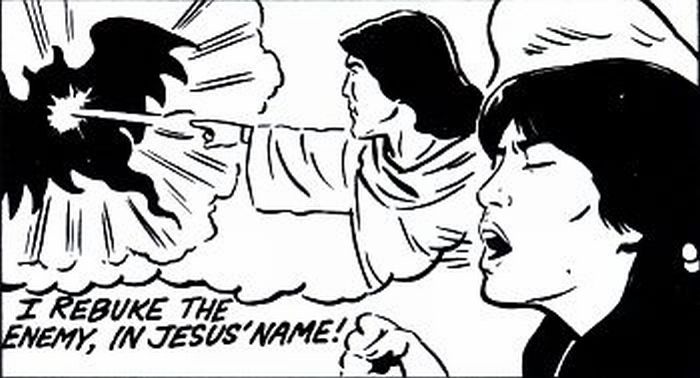 "We wrestle not against flesh and blood, but against higher powers in spiritual spheres!" (Eph.6:12)

The Devil's forces are everywhere, and are on the constant lookout for us! So we must be on the lookout for them and avoid them the best we can. But don't be afraid of them, for "If God be for us, who can be against us?" (Rom.8:31)