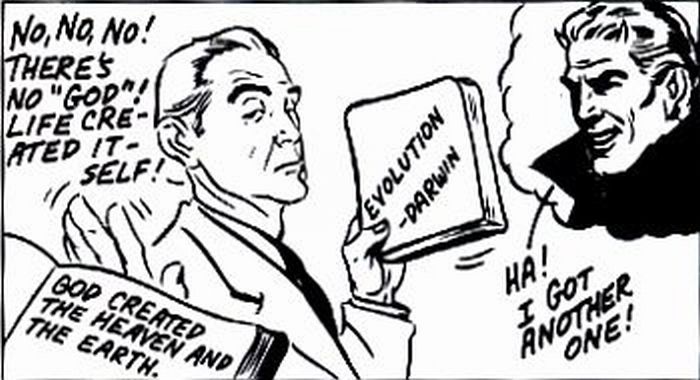 The Christian world has abandoned their faith for the teaching of evolution, and the result is total chaos!

By abandoning God, the Bible and Christianity and putting nothing in its place except the animalistic religion of Evolution, the world is plunging itself into total anarchy and total confusion!--Because you cannot have any kind of order without some kind of moral basis, the code of conduct, a sense of right and wrong, of good and evil.