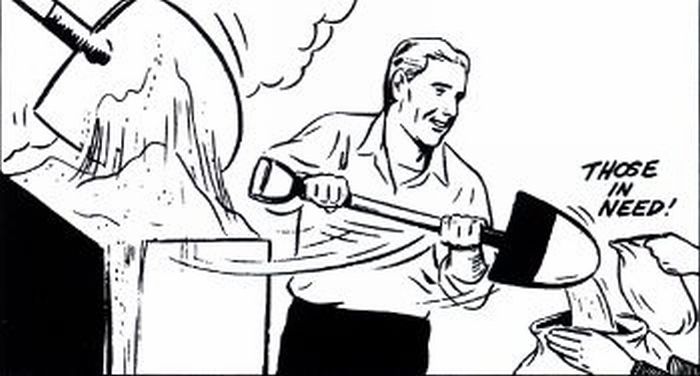 "He that withholdeth, it tendeth to poverty.--But he that scattereth abroad, it increaseth!" (Pro.11:24)

That's the way God is: He loves to outgive you, and He'll never let you outgive Him! The more you give, the more He'll give you back! But if you are not willing to give it, God's apt to take it. If you won't give Him an offering when you can, He might take a collection which will far outweigh what you could have given!

Like with the rich man in the Bible who had such a big harvest and so many riches: Instead of deciding to share with others, he decided to build bigger barns to hold more for himself. (Luke 12) It wasn't the big crop which God gave him that was his sin. His biggest problem was his selfishness, the barniness of his own soul.--And all the things that he didn't want to share with others, he couldn't take with him; he lost it all! That's the way God does it, that's selfishness and its reward. But if you are willing to give, God will reward and repay and bless you so much more that you won't even be able to hold it all! He's promised that! (Mal.3:10)

Which are you doing? Withholding?--Or scattering! "With the same measure that ye mete withal, it shall be measured to you again!" (Lk.6:38)