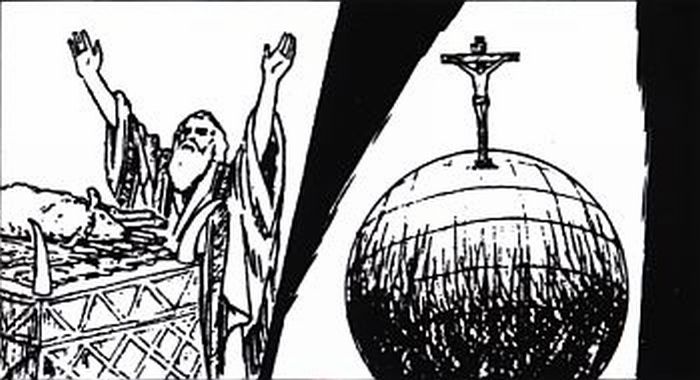 Jesus died on God's altar, the cross, believed upon by every Christian, trusted by every son & daughter of God who believes in Jesus Christ for their Salvation & in His blood shed for their sins. He was the final ultimate sacrifice for sin. He was the final ultimate Lamb of God slain for the remission of your sins. He took the punishment of your sins in His Own body on that tree, the cross, & that was the last sacrifice of blood for sin as far as God was concerned! It cost a priceless gift for you to get saved, & that was Jesus & His blood! That's the highest-priced gift anybody could ever receive, the highest cost anybody could pay for your Salvation, & only Jesus could do it! No matter how much you sacrifice & try to pay for it by your own works, the price is too high for you!--Only Jesus could pay it! God Himself spared not His Own Son, Jesus Christ, but let Him die on the cross in order that He could freely give us all things!--Such love! (Rom.8:32)