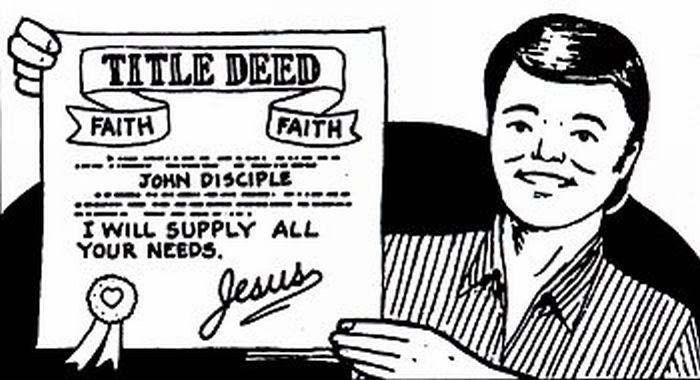 Faith is the title deed!

That word translated "substance" in our English Bibles was "hupostasis" in the original Greek, a word whose precise mean-ing wasn't understood until just a few years ago when British archaeologists uncovered the burned ruins of an old inn in Palestine. There they found a small iron chest containing the valuable papers of a Roman noblewoman who had been staying at the inn when it burned. She had apparently been travelling, checking up on her various land holdings in that area, because in this little chest they found most of the papers labelled with a big title "hupostasis".--They were the title deeds to her properties!

"Now faith is the title deed of things hoped for!" Perhaps that woman had never even seen her properties before, as she'd bought the title deeds in Rome, but because she had the title deeds in her hand she knew they were hers and could prove ownership! If you've got faith, even though you haven't seen the answer yet, you have the title deed to it! It's yours! Your name is written on it and you will see it eventually. The title deed is in your hands! It is done!