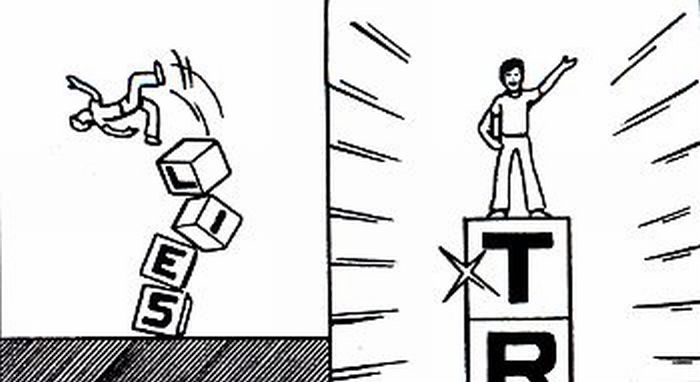 As God's children, we're supposed to be advocates of the Truth. If there's anything Christians are supposed to have, it's the truth, and if people catch you in just one little lie, they'll never trust you about anything anymore!

This is the punishment of a liar: He is not believed even when he speaks the truth. In almost any court of law, if the witness lies about only one thing, even if 99% of what he said is the truth, he has lied and thereby disqualified himself from being a witness, and they throw out his entire testimony. Every person you witness to is a little judge examining your every word, and if they catch you in one lie it's going to discredit your whole testimony! If you lie about one little thing, people will assume you could be guilty of much greater things!

What does God's Word have to say about liars? "Be sure your sins will find you out! Whatsoever a man soweth, that shall he also reap!" (Num.32:23; Gal.6:7) Lying is just not right! God doesn't like it and the person you're lying to doesn't like it! So for God's sake speak the truth!--It is a part of your good witness and your testimony of "honesty with them that are without"! (1Th.4:12)--Amen?