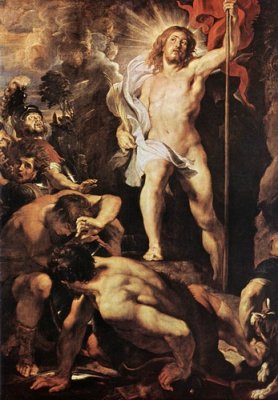 I'M SOMEWHAT OF AN ICONOCLAST, AS YOU KNOW, WHICH MEANS WHAT? (SUE: IDOLSMASHER!) And one of the idols of the organised church is what? (Alfred: Their traditions.) Their traditions. And some of their favourite traditions are what? (Alfred: Christmas & Easter?) Their high holy days, their holidays as we now call them. What people today call holiday, that word came from Holy Day, think of that! They're anything but holy nowadays, in fact they're quite unholy!

SO SOME OF THE FAVOURITE TRADITIONS OF THE CHURCH ARE HIGH HOLIDAYS, HOLY DAYS, & they are really held very holy. Oh my, when I was young if you didn't at least go to church on Christmas, you certainly would go to church on Easter! And in the churches I went to, if you didn't go to Easter Sunrise Service on Easter Sunday morning you weren't even a good Christian, right? It's early in the morning when the sun's rising.

SO THEN CAME SUNDAY MORNING WHEN YOU CELEBRATED THE SUNRISE WITH THE SUN WORSHIPPERS--& I've heard of some Protestants who protested against that too! They say Easter Sunrise Service originated as a pagan sun-worshipper's celebration, & of course you'll hear that Christmas originated as a Druid tree-worshipping celebration, which it probably was.

WE EVEN KNOW WHAT TIME JESUS WAS CRUCIFIED ON, I'm not gonna say which day of the week. It even tells in some of the accounts "& it was the ninth hour" & it was such & such an hour. And these hours that the Bible used in the New Testament are taken actually from Roman watches. I don't mean a wristwatch, but guard-duty watches, & they began at 6:00 in the morning with the dawn & ended at 6:00 at night with sunset.

SO WHEN THE BIBLE IN THE NEW TESTAMENT SPEAKS OF THE FIRST HOUR OF THE DAY, second hour of the day, the sixth hour of the day would be noon. It begins at 6:00 in the morning, so from 6 to 7 was the first hour of the day, etc. In the 27th chapter, 46th verse, it says the ninth hour, and that's where you get your 3:00 very, very holy mass, on Good Friday. Somebody read the 46th verse: (Peter: "And about the ninth hour Jesus cried with a loud voice saying, Eli, Eli, lama sabachthani? That is to say, My God, My God, why hast Thou forsaken Me"?) Then in the 50th verse it says He did what? (Sue: "Jesus, when He had cried again with a loud voice yielded up the Ghost.") So therefore, it's usually considered that He died somewhere about or during the ninth hour, which would have been between 3 & 4:00 in the afternoon. Then what happened?

AND USUALLY THE ROMAN SOLDIERS WANTED TO GET THE JOB OVER WITH if they hadn't already died, so they came along & broke their legs and pain would assist them to die. But when it came to Jesus to do this, what did they find? He had already died, so the Lord saved Him that agony. And that fulfilled a Scripture that "not one of His bones would be broken," not one. (Ps.34:20.)

"He cried with a loud voice, yielded up the ghost, and, behold, the veil of the temple was rent in twain from the top to the bottom; and the earth did quake, & the rocks rent; and the graves were opened."--This was quite a momentous event! "And many bodies of the saints which slept arose and came out of the graves"--when? (Sue: "After His resurrection.")

When Jesus died the veil of the Temple was rent in twain. That was a very important significant event, particularly for the Jews. If nothing else convinced them, that should have convinced them!

IT WASN'T OUR USUAL CONCEPT OF A VEIL AS BEING SOMETHING VERY THIN & FLIMSY. Do you have any idea? Have you even read anything about the veil, what it was really like? It was a curtain of the Temple between the Holy Place, the Outer Court of the Temple, & the Holy of Holies.

They said it was one of the most beautiful & gorgeous fabrics ever woven, & how they could have ever even woven such a thing I don't know, but it was extremely heavy. And the reason it was so heavy, it was so thick. And do you know how thick it was? It was about 4 inches thick!

SO THAT WAS QUITE A MIRACLE WHICH OCCURRED when that heavy curtain thicker than any fabric or cloth you have ever seen or any rug or drapery was suddenly split right down the middle, split in two, in twain!

JESUS WAS NOT THE ONLY ONE WHO ROSE FROM THE DEAD ON EASTER!