The Curse of Petroleum Oil! 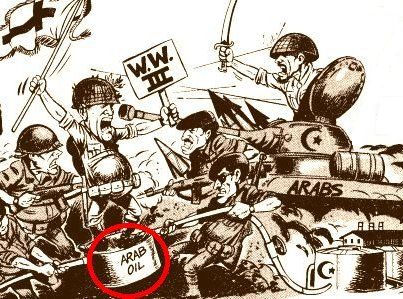 I'll tell you, I think petroleum oil has become one of the greatest curses of modern civilisation! It made the Industrial Revolution possible and a lot of that Devil-ution possible, polluted the atmosphere, polluted their bodies, polluted everything!

I'll tell you, petroleum has been almost the greatest curse of the world! Without the petroleum they'd never have had all these automobiles and all these smoke-belching factories and all the rest of the pollution and accidents and whatnot! In fact, without that petroleum oil they couldn't fight their wars, the horrible wars that they fight nowadays! About the only good thing I can think of about petroleum is that it powers the airplanes that we fly to the mission fields on and powers the automobiles that we do have to use once in awhile to get around to buy groceries etc. But if we didn't have'm, everybody wouldn't be in such a hurry to get there and we could take our little donkey or something to the store. It would be safe to walk the streets with your donkey or your bicycle and we could spend weeks sailing in a sailing ship to the mission fields and take a nice two or three week or months' vacation on the way, like Paul did!

The world got along fine before petroleum oil and hadn't become such a hell on earth! Although they had some wars with simple weapons, they were nothing compared to the slaughter of today's wars, all made possible by petroleum oil! Planes fly on it, tanks roll on it, the machinery is oiled with it, the whole works! They couldn't fight today's wars without petroleum oil or have all these automobiles and things that go so fast and kill millions of people every year!

I'll tell you, there's not going to be any petroleum products or petroleum oil or petroleum-fired anything in the Millennium if we (The Family International) can help it! One of the first things we'll do is do away with petroleum, and that'll stop most of the wars, and vehicular traffic and all that problem that they cause, and poisonous fumes, toxic wastes, litter and clutter! Think of how pure earth would be without all these cars and planes, and how clean it would be without all these plastics and oil and all that junk! The World got along for thousands of years without petroleum oil.

So oil is responsible for a great many of the world's ills--their ill is oil! And although it's also responsible for a few of the World's comfortable conveniences, we could easily get along without it and burn nice fragrant wood and other things and use olive oil for lights and candles and whatnot. They used to make candles out of wax instead of paraffin. Paraffin is another oil derivative. That's why some candles are smokey and stink.--They're made of petroleum oil!

So the Millennium will be a blessing just by the abolition of petroleum oil for a starter! That'll eliminate a great many of the World's worst ills! I'm looking forward to the World without oil!--Petroleum oil!--Aren't you?