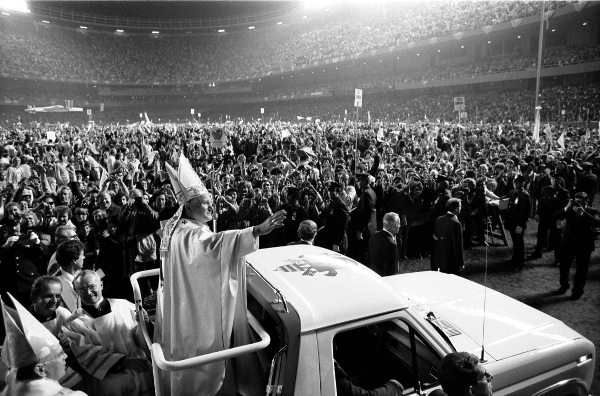 For years I was very much into researching all the details I could learn about the Illuminati and all its sub groups, i.e. Freemasons, Bilderburger, Council on Foreign Relations, Skull and Bones, etc. but now I think it all may have been a waste of time!

The Bible teaches that there will be a one world government in the time just before Jesus returns. It refers to that government as a “beast.” I think now it’s a whole lot easier to understand the conspiracy from a simple Biblical point of view without needlessly going into all the tiny details of who did what and why. There are literally thousands of conspiracies that combine to make the big picture of why the world has slid into a moral and financial ruin. Isn’t it better just to try to see who is at the top of the pile of evil?

Revelation 17:5  And upon her forehead was a name written, MYSTERY, BABYLON THE GREAT, THE MOTHER OF HARLOTS AND ABOMINATIONS OF THE EARTH.

“Harlots and abominations” refers to all false religions in the earth with all their evil practices.

Revelation 17:18 And the woman which thou sawest is that great city, which reigneth over the kings of the earth.

The “woman in Revelation 17:18 is the “MOTHER OF HARLOTS” of verse 5 which is also the “great city”: ROME! This is easily proven when you know the prophecy was given in the Apostle John’s day. “reignth” in Rev. 17:18 is present tense! Rome was already reigning over the kings of the earth in John’s time. Rome at the time represented the Roman Empire. What does it represent today? The continuation of the Roman Empire: The Roman Catholic Church! The Popes are a continuation of the ceasars of Rome.

Rome lost a lot of her temporal power at the end of the 18th century, but I believe she got it back covertly since then. Now it’s called the Vatican or the “Holy See.”

Revelation 13:3 And I saw one of his heads as it were wounded to death; and his deadly wound was healed: and all the world wondered after the beast.

A believable interpretation of this prophecy is the deadly wound happened in 1798 when the Pope was captured by Napoleon.

“Papal supremacy of the Middle Ages ended in the year 1798, exactly 1260 years after Justinian’s decree established the Papacy as the supreme Christian power in 538 AD. In 1798, Napoleon’s army took the Pope captive and put him into exile. The murder of a Frenchman in Rome in 1798 gave the French the excuse they wanted to occupy the Eternal City.” — Quoted from http://amazingdiscoveries.org/S-deception_beasts_wound_Mussolini_Napoleon

Is the Roman Catholic church alive and well today? Most people don’t think it’s all that powerful, but now after hearing that it caused both World War 1, World War 2, and most subsequent wars following it, I would say it’s powerful enough! The deadly wound it received in 1798 has been healed quite a long time now, since at least from the end of the 19th century!

A friend just wrote me the following:

Visibility of the Catholic Church in the U.S. has risen steadily since 9/11. (I can remember when even entertaining the idea of allowing a Catholic to run for public office in the States brought fever-pitched debate!) Marching to Zion - Exposing the "Chosen People" Scam that Deceived Evangelical Christians
What is "The Covenant" of the Book of Daniel?
Significance of the Number 13: Rebellion against God!
Pope Francis versus the Bible