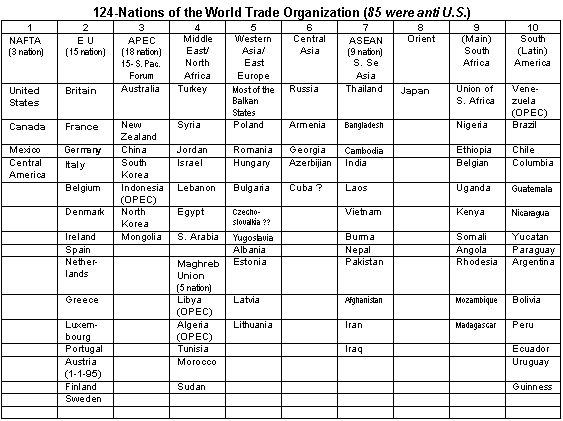 The Illuminati has divided the world into 10 economic regions. Click on the image for a larger edited version of this chart.

The most interesting thing about the chart is Japan being the only nation with a region all to its own. Could this mean that Japan is either super rich or super stable economically? One of my Japanese friends claims that the Emperor and his family are worth 320 quadrillion yen! In scientific notation, that’s 32 X 10 to the 16th power. This is 284 times greater than the US national debt at $15 trillion! If my friend’s claim is correct, Japan would certainly be considered very special by the NWO people.

4 thoughts on “The Ten Horns / Crowns of Revelation Chapter 13”