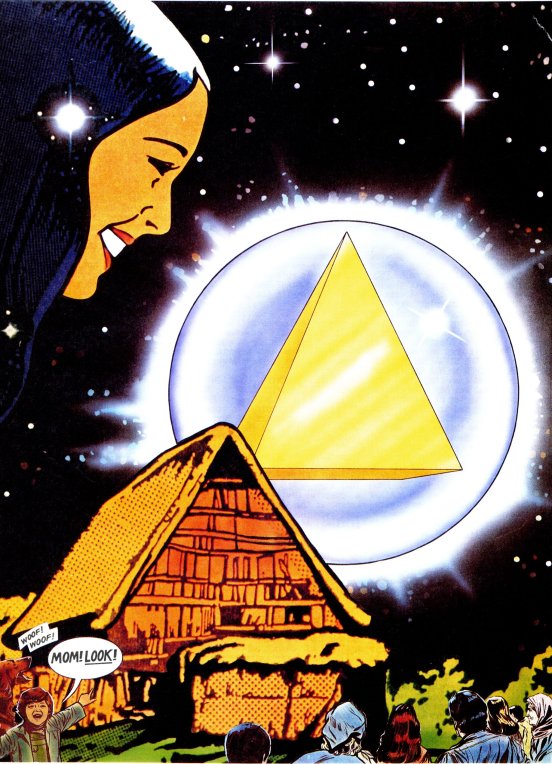 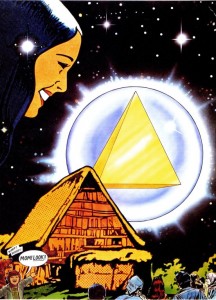 An answer, genuine relief, is on its way to solve all of the problems of the poor and the poor nations of the World today! And though poverty is usually thought of as a curse, in some ways it has been a blessing in disguise to the poor and has helped them to survive!–While the rich and the powerful are here today and gone tomorrow, their power and wealth destroyed and taken by other greedy, rich and powerful rivals, the poor seem to live on forever! As Jesus said, “The poor you have with you always.” (Jn.12:8)

Great and mighty empires have come and gone, great classes of the rich have come and gone, but the poor have outlived them all and are still here! No one is afraid of them or wants to fight or conquer them, so they more or less leave them alone to till their little plots and rice paddies, at peace with themselves and their neighbours and their God!

Nevertheless, the poor and their poor nations do have their problems. One of the biggest problems facing many poor nations today is the so-called “Debt Crisis”. They have unwisely borrowed billions of dollars from the greedy bankers and money men of the richer nations, thinking that these loans would enable them to produce more goods and make more money and then they’d pay back their debts.

But the rich who loaned them all of this money surely must have known that the poor countries would never be able to really pay them back. The Bible says, “The borrower is servant to the lender” (Prov.22:7), and that’s the real reason why the rich loaned them the money in the first place!–To make slaves out of the poor, to own them and make them their servants!

And even though some of this borrowed money has helped the poor nations to produce more goods from their factories and farms, the rich countries have selfishly refused to buy enough of these goods to help them repay. But these same poor countries have to buy lots of expensive machinery and equipment from the developed rich!

So today the poor are getting poorer and the rich are getting richer! The poor are borrowing more and buying more from the rich, but are unable to sell them enough goods to repay them! The heavy burden of these debts is crushing the poor nations deeper and deeper into their poverty, causing more people to be without jobs, more people without enough food, and more disease, misery and unhappiness than ever!

But thank God, relief is on the way!–In the form of God’s Love and Salvation! His great golden Heavenly City is coming down from above right now, floating through space in a gigantic sphere called the Crystal Sea! The Bible tells us that this beautiful pyramid-shaped City is a gigantic 1,500 miles wide, 1,500 miles long and 1,500 miles high! (Rev.21:16)–So there will be plenty of room for all of the billions of saved folks who will live there!

But before this wonderful Space City arrives, the Bible tells us that there must first arise a great World Dictator, who will unite the World in a great, evil, anti-God, One-World empire! This Dictator will be fully possessed by the Devil, and is known as the Antichrist! (2Th.2:1-9; Rev.13)

At the end of the Antichrist’s seven-year reign, Jesus Christ will return “in the clouds of Heaven with power and great glory”, to rescue all His saved children out of this World! (Mt.24:29-31) The bodies of all of the saved who have died will be resurrected and come bursting out of their graves! And all of us who are still alive will be instantly changed and receive new eternal translated super-bodies in which we’ll rise up to meet the Lord in the air! Then we’ll go with Him to a great Victory Celebration in His Heavenly City, which will be floating in Space near Earth!

While we are gone, the armies of the Antichrist will gather together in Israel to fight the armies of the nations who refused to yield to him. Then all of God’s resurrected children will return from Space City, following their great Space King, Jesus Christ, charging down to Earth on white Heavenly horses to conquer and destroy the Antichrist kingdom and to rescue all those who are fighting against him in the great final “Battle of Armageddon”! (Rev.16:13-17; 19:11-21)

The Lord and His Heavenly forces–all of His angels and resurrected children–will then work together with all of those on Earth who survived the Battle of Armageddon to rebuild a wonderful New World, setting up the Kingdom of God on Earth! At last, His Kingdom will come and His will will be done, on Earth as it is in Heaven!

This period will last for one thousand years, and therefore is known as the Millennium! The curse that came upon the Earth when Man fell into sin will be removed and the Earth will be restored to the original beauty of the Garden of Eden!–With no more thorns, thistles or poisonous weeds, nor any more dangerous or bothersome varmints or insect pests!

Man’s cruel and unjust governments will be swept away and there will be no oppressed “Third World” then! It will truly be One World, ruled in Love by the King of Love, Jesus Christ Himself! There will be no more war, no more suffering, no more hunger, no more starvation, no more poor!–Only a beautiful, glorious, just and merciful reign of Heaven on Earth by the King of Kings and His loving, faithful, saintly servants who will police and govern the Earth’s people.

Would you like to be one of the supernatural, resurrected citizens of God’s great Heavenly City, who will rule and reign with the King of Kings over all the Earth in that day? Well, you can be! All you have to do is receive Jesus, God’s Son, as your own personal Saviour by confessing your sins and asking Him to come into your heart.

“Lord Jesus, I believe that You are the Son of God and that You died for me. Please forgive me for all my sins. I now open the door of my heart and I ask You, Jesus, to please come in and give me Your free Gift of Eternal Life! Help me to love You and to love others by telling them about You and Your Love. In Jesus’ name I pray. Amen.”