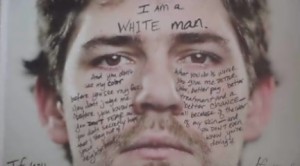 I just concluded an email exchange with a lady in Canada named Linda, apparently a white nationalist. I was shocked to learn of her beliefs! Below are some of them in her own words:

The Bible disproves her views so clearly:

Genesis 10:2 The sons of Japheth; Gomer, and Magog, and Madai, and Javan, and Tubal, and Meshech, and Tiras.

And according to http://www.freemaninstitute.com/RTGham.htm, Japheth’s 7 sons are:

We clearly see that Japheth and his sons are the fathers of white nations. There are dark skinned peoples living in India, but there are also white Indians as well.

Genesis 10:22 The children of Shem; Elam, and Asshur, and Arphaxad, and Lud, and Aram.

These nations are all darker skin peoples.

Shem was apparently of darker skin. He could not have been the father of the white peoples as some neo-Nazis claim!

Abraham is a son of Shem (Genesis 11:12-26). Jesus’ ancestry is of the tribe of Judah, the son of Jacob (Israel) son of Issac, son of Abraham, The sons of Shem were not white, therefore Jesus could not have been white.

I’m posting this because I hope others who hold these mistaken beliefs may change their minds to learn what the Bible says. I honestly did not know until the other day that some White Nationalists believe that Jesus Christ was white, and that Shem, not Japheth, was the father of the white race!

It turns out this false doctrine came from Nazi Germany and was taught to Protestant churches.

During the Third Reich, German Protestant theologians, motivated by racism and tapping into traditional Christian anti-Semitism, redefined Jesus as an Aryan and Christianity as a religion at war with Judaism. (Ref: http://press.princeton.edu/titles/8820.html)

It was a Nazi trick to deceive the Protestants to accept white supremacy by saying Jesus was white!

Offering Linda Scriptural evidence from the Bible that Shem could not have been the father of the white race only elicited from her false accusations, name calling and mockery. She wouldn’t even acknowledge that Japheth, not Shem was the father of all the Russians though the Bible clearly says in Genesis chapter 10 that Magog, Tubal, and Meshech were sons of Japheth! She only got angrier and angrier and said she wasted her time with me. What does it prove? It proves you cannot reason with an emotional angry woman!. 🙂

Of course I’ve had tons of experience facing the wrath of a woman, usually because of my errors and failings, and God knows I tried to be patient with her. I did not resort to either mockery or name calling like she did with me. Race or nationalism is not an emotional issue with me. I ran into lots of nationalists when I lived in Russia from 1994-97 and tried to avoid trouble with them. They were offended at my very presence in their country! Most Russians are not like them. I like to be matter of fact with people, and meekly present the evidence. I stood on the authority of the Bible and gave her specific Scriptures. How many Scriptures did she share with me to back her claims? Not one.

White nationalism and all its subgroups is yet another trip off and trick of Satan to get people sidetracked. True Christians are not supposed to hold an allegiance to any nation more than their allegiance to the Kingdom of God. That includes racial identity as well.

Jesus was not white.

Dispensationalism and Its Influence on Eschatology
The Meaning of the Number 8 in Bible Numerology: New Beginnings
Know your enemy
Kent Hovid Profoundly Answers the Age Old Question, "Where Did God Come From?"

3 thoughts on “Some White Nationalists’ / neo-Nazis’ belief: Jesus was white and Shem the father of the white race”