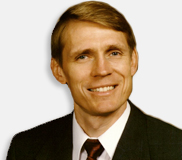 Dr. Kent Hovind, also known as Dr. Dino, a man who was unjustly put in prison for a sentence of 10 years, is one of my heroes. Once I heard him saying something like, “Jesus can come any minute.” Today I was pleasantly surprised to read on his blog the following:

My long time friend and Pastor, Steve Anderson and THOUSANDS of others (myself included) have come to realize that we “independent, fundamental, temperamental, right-wing, radical, chicken eatin’, Bible-believing Baptists” have been deceived about the rapture for the last 180 years! For 38 years of my Christian life, I was taught and believed in the “pre-trib” rapture idea that was made up by a 15-year Scottish old girl in 1830! I just trusted the “prophecy experts” Quote from kenthovindblog.com/?p=1030

Isn’t this great news for Bible believers who know the truth about the Great Tribulation? We now have a respected name to drop on those who still believe the false doctrine that believers and receivers of Jesus Christ will be taken to Heaven before great tribulation sweeps the earth in the last days. People who hold this doctrine are willfully ignoring God’s Word that promises believers tribulation!

John 16:33  These things I have spoken unto you, that in me ye might have peace. In the world ye shall have tribulation: but be of good cheer; I have overcome the world.

Acts 14:22  Confirming the souls of the disciples and exhorting them to continue in the faith, and that we must through much tribulation enter into the kingdom of God.

1 Thessalonians 3:4  For verily, when we were with you, we told you before that we should suffer tribulation; even as it came to pass, and ye know.

Revelation 7:14  And I said unto him, Sir, thou knowest. And he said to me, These are they which came out of great tribulation, and have washed their robes, and made them white in the blood of the Lamb.

Jesus died on a Thursday!
15 Reasons to Take Genesis as History
Should a Christian observe the Sabbath?
Protection from bad spiritual entities