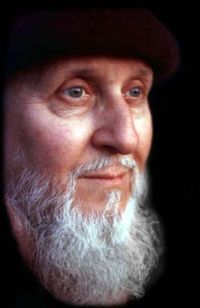 Prediction: A violent reaction by the government against protesters. The American government using military force against its own people in violation of the American Constitution.

This already happened when the Government used military tanks to attack a Christian community in Waco, Texas on Feb. 28, 1993.

"That U.S. Senators would knowingly and willfully attempt to pass a bill that legalizes the indefinite detainment, torture and killing of American citizens with no due process whatsoever -- and on American soil! -- is nothing less than a traitorous betrayal of the once-free American people. These are, our founding fathers would have said, acts of war against the People. They reveal the insidious plan to put in place a legal framework to end the Bill of Rights, murder protesters, and overrun America with total police state brutality." (Quote from the web link above.)

I believe this is in further fulfilment of Pastor David Berg's prediction in 1972! The artwork from a publication by David Berg drawn in early 1974 depicts exactly what is happening today! The people on the top represent Wall Street, big business, and the government that supports the rich. Notice the young people are being confronted not by police, but by soldiers, the U.S. Military!!

Prediction: The Internet, Email, and Big Brother control of all forms of communication

"There is no worldwide dictatorship that is going to be able to control every single people unless they control and monitor all communications, and the postal system is entirely too private! They couldn't possibly have enough people to open all letters and read'm all, etc. So they're going to computerise and electronicise the mail through computers that can sift it out and almost analyse it and detect any funny things about it. But it takes time to build Rome and this is going to be, as many Bible students have called it, "The New Roman Empire"!"

"So the reason I got to talking about this is that the individual private postal system of private letters is going to disappear eventually! Now, that'll probably be toward the End because it's not physically possible yet and functioning soon enough, they don't have enough terminals. You take the Third World areas like South America and the Far East, etc., it's going to be a long time before they get systems like that which they can totally control, and in the meantime they'll have to have a Postal System for all kinds of business communication, banking in the local area, etc."

My interpretation: At the time of this post, this message from David Berg was written 29 years ago and way before the concepts of the Internet and email communications were in grasp of the public. Only the US Military, and possibly other nations' military forces, had such a form of computerized communication then. Such a scenario of loss of privacy and the monitoring of communications is easily possible today and is already happening in different parts of the world, especially China.

It's interesting that David used the words "New Roman Empire" for I now believe that the Roman Catholic church and its worldwide control and influence is the Babylon talked about in Revelation 17 and 18.


Vision: 40 Days!--And Nineveh Shall Be Destroyed!

Sept. 16, 2008 update: The current economic trouble was predicted by David Brandt Berg in the 1970s -- a time when the economy was still strong and investors would not believe it could ever go bad! See: http://deeptruths.com/bof/crash_great_confusion_130-134.html Also see Watch out for 666!

Vision: In November of 1983 David had a dream of a computer chip being inserted into a person and said that it very well may be the "Mark of the Beast" of Revelation chapter 13!

"I just saw this little computer chip....It was real thin like a little tiny plastic strip but it had this needle-like pin attached to the back of it like a straight pin and just about the size and length of a straight pin, only it seemed to be even finer, like a needle, even very very slender. The head of the pin was attached to the center of the back of the chip or printed circuit board or whatever the thing was, but it was quite small..." More.....

Fulfillment: Please check out this article: Mark of the Beast! The first reported computer chip inplant experiment was 15 years after David's vision! See: http://en.wikipedia.org/wiki/Microchip_implant_(human) "Some Christians believe that the Mark of the Beast in the Book of Revelation can be interpreted as an implant." . (Quote taken from Wikipedia)

One other fulfilled prophecy is that of the Forty Days and American would suffer tribulation. He was discredited at the time, which was silly in a way, as Jonah was not necessarily discredited when Ninevah was not destroyed after Forty Days. It was partly fulfilled in 9-11 and also a fulfillent from the Hebrew Scriptures that "a spoiler would suddenly come upon us." That fits 9-11 to a T.

The Forty Days prophecy was received in early 1974 if I am not mistaken. I was an independent disciple of the Children of God at the time.

April 23, 2008: The following are some observations by a Family International brother named Alan. I agree with them!

David Berg talked about how the mainstream churches despised the doctrines and practices but in another twenty years would start to adapt them. Some examples:

Dream: In 1961 the African nation of Eritrea began its struggle for independence from neighboring Ethiopia. In the mid 1970s when David received a dream of Eritrea as a dead horse, drought, famine, and intensive offensives launched by the Ethiopian army on Eritrea took a heavy toll on the population -- more than half a million fled to Sudan as refugees. The Ethiopian army finally capitulated and Eritrea was completely in Eritrean hands in May 24, 1991 when the rebels marched into Asmara while Ethiopian rebels with Eritrean assistance overtook the government in Ethiopia. The new Ethiopian government conceded to Eritrea's demands to have an internationally (UN) supervised referendum dubbed UNOVER to be held in Eritrea which ended in April 1993 with an overwhelming vote by Eritreans for independence. Independence was declared on May 24, 1993. (Source: http://en.wikipedia.org/wiki/Eritrea#Struggle_for_independence)

A Family International brother named Jon pointed out to me that David Berg's prediction of Eritrea coming back from the dead and becoming what it is today is indeed fulfilled prophecy! See Eritrea! --A Dead Horse?

Prophecy: In Oct. 1971 while with the Children of God in Laurentide Canada, David and others received prophecies that he would one day be dispised and forsaken by many of those who previously followed him as God's Endtime prophet! Please read: "Coming Division"

Prediction: David's dream of an emergency in the USA where the Bill of Rights is suspended! Also see Special Police Powers.

Prediction: David's dream of a mountainslide in Southern California as a result of God's judgements on that State.

Prophecy: Read what David and the Bible has to say about the fate of the nation of Israel: Israel invaded!

Prophecy: David's vision in 1974 of worldwide troubles! See: Moses On the Mountain!

Prophecy: David and his mother, Virginia Brandt Berg has been prophecing God's judgement of the USA for its sins since 1965! Read their famous "Warning Tract"

Prediction: When living in Portugal on Aug. 13, 1977, David wrote in his letter, "Sail Away -- with Jesus" (DFO #1370): "Deliver us from these horrors of oil, the black demon of oil! O God deliver us! The black demon of oil is going to start the next war!" This was 14 years before the Persian Gulf War of 1991 and 25 years before the start of the current war in Iraq; and all for petroleum oil!

Vision: From at least as early as 1973, David has predicted the crash of the U.S. dollar and with it the economic systems of much of the world! The dollar of course has continued to decline in value since then, but the ultimate fulfillment of "The Crash" will make the America Great Depression caused by Stock Market crash of 1929 look like a stroll in the park! For more details please read The Green Paper Pig and The Great Confusion and the Economic Crash!

Vision: People shooting and killing each either in the streets for food in David's 1975 talk of "Death to the Cities".
Fulfillment: The aftermath of Hurricane Katrina in New Orleans.

Vision: David's dream in 1975, "The Deluge" of the destruction of the ungodly systems of America.
Fulfillment: - Already partially fulfilled by certain acts of God like Hurricane Katrina.

Vision: The Magic Green Shirt: A Dream of Ricky Rodriguez's future work with Angela Smith in the Millennium! A dream David had back in 1977! I firmly believe that in spite of what happened on January 8, 2005, and maybe even because of what happened, that this dream will be fullfilled.

Prediction: Way back in November of 1978 David predicted the actual name of the common currency of Europe!

I WAS SORT OF WONDERING WHAT THEY'RE GOING TO CALL THEM. Certainly they're not going to call them ECUs or European Currency Units. When you're in a hurry to ask somebody for some money you don't say, "Kindly give me so many European Currency Units." When you want a dollar you don't say, "Dad, please give me one United States Dollar Treasury Certificate."

I had never thought of this term before. It had never ever come to my mind at all, even as many times as I've read up on this. I was just thinking, "THEY'VE GOT TO HAVE SOME KIND OF A NAME FOR IT SIMPLER THAN THAT!"--And just like a voice inside of my head, just as clear as I ever heard any of those revelations, just like somebody was answering me, just as plain as day: "EURO UNITS!'--Euro Units!" Now I really don't think it was my mind at all, because it's just the way I hear those other things--a voice said: "Euro Units"!

Fulfillment: The Euro came into being on January 1, 2001, about 22 years before anyone had considered the name "Euro"!

Call to all members of The Family International including friendly former members and associates!

I need your help in stopping the mouths of the scoffers and mockers of the words of God's prophet David Berg!! I would rather this web page be not just a one man project. If you have any suggestions and can share David's Letters and or quotations of prophecies and predictions that are yet to be fulfilled, partially fulfilled, or ones that have already been fulfilled that you think would be good for this page, please write them up in the comments section below. Thank you!